Harry, Sydney, and Eryk are sharing some things they loved in 2022 (though not everything was released in 2022), so you can start the new year with something great!

Listen to the songs we had on repeat!

Go to our Spotify playlist!

I want to preface my picks of this year and say that there've been a ton of great films, books and games this year and although I am singling individual ones out there are so many things I've enjoyed. Everything Everywhere all at Once & Aftersun both moved me to tears and are incredible feats of filmmaking. The Menu & Glass Onion are both relentlessly entertaining. Weird West is incredibly underrated and as someone who's just started Somerville, I can tell you already it’s going to be one of my favourites of the year. Anyway, here's some recommendations.

I have always have had a soft spot for Guillermo del Toro films, it feels odd to call a film-maker who I’ve never met kind but as someone whos filmography shows contestant empathy and acceptance of its creatures/characters it's easy to see why I feel like Del Toros film have such a sweet quality to them despite their sometimes heavy themes. Pinocchio is no different, however with a much darker take more akin to the Carlo Collodi novel. Del Toro and co. have created something truly special that works wonderfully as a tale for kids but also a thematically rich story about self-acceptance and the dangers of facism. I also want to mention tender voice performances. David Bradley brings us one of the most heartfelt renditions of Geppetto brought to screen and Ewan McGregor narrates the story with love and respect to the classic story that it is.

No book moved me more this year than this post apocalyptic tale from Emily St. John Mandel. I’ve had to sit with this book for a while since reading and I have only grown more fond of it. Station Eleven tells a small but sprawling story of individuals both before and after a pandemic. Not only is it incredibly timely, but the final picture it paints of the world is incredibly moving and has some profound themes about the importance of art. I read this all the way back in February and still think about this novel often; it’s beautifully written and interlinks its stories with a finesse and ease that's rarely seen in such a sprawling piece of work.

I played As Dusk Fall at the tail end of this year and it is undoubtedly one of the best gaming experiences I’ve had all year. It’s a marriage of the gameplay I’ve always enjoyed in telltale games mixed with one of the most unique art styles I've seen. At times it feels like you are watching a story unfold as a moving art piece but make no mistake you are an active part of As Dusk Falls. Never before has play choice felt this tense and there are tangible consequences to the choices made - for the whole of the runtime I was gripped. Sometimes you just need a really well told story, and As Dusk Falls has that in spades.

This year I was unlucky enough to get covid and ended up being stuck in my room with nothing to do. I ended up going through my Playstation library and downloading Resident Evil, a game I bought with the intention of playing but didn’t even touch. I am very new to Resident Evil. I have played village and the Resident Evil 2 remake but 4 has always been a blind spot in my gaming catalogue. However being stuck in a room for 4 days with the game has been one of the most enjoyable gaming experiences of the year. A fantastic single player campaign that was way ahead of its time, it’s gripping, scary and has the most bizarre, but masterful, balancing act of horror and campiness. It’s nice to now understand what a huge influence this game has had. I'm happy to add it to my list of favourite games of all time.

After I saw Ti West’s X, I thought that nothing could top it. That film was an excellent homage to classic 70s horror, while bringing a fresh spin to the genre, and showing Mia Goth acting up a storm. Then, I found out about Pearl. I saw it in theaters and once the credits rolled, I knew it was the best film of 2022 (for me, anyway). The film is a character study by way of horror, leaning on tropes from the time the film was set (the 20s and 30s). Mia Goth’s performance of the titular character was filled with the emotion and frustration of living small town life and dreaming for something bigger, while also successfully balancing the persona of a wholesome farm girl with someone much darker underneath. I don’t think you need to watch X to enjoy Pearl, because while the films are connected, they are each wholly their own.

It’s no secret that I love Survivor. The show, having recently completed its 43rd season, is a cultural touchstone. I remember watching it as a kid with my parents and then re-discovering it while in grad school when I needed something “trashy” to watch. Little did I know (and I’ll defend this to the death) Survivor isn’t trash. Survivor 42, the second season in the “new” era, was an excellent entry and one of my top-ranked seasons of all time. The cast was fun (I loved Hai, Lindsay, Drea, and Maryanne) and during this season — just like they have in other recent seasons — they touched on some of the major diversity and equity issues within the game.

How High We Go in the Dark

I hate to pick something so sad that I had to take a 7-month break reading it, but How High We Go in the Dark by Sequoia Namagatsu is one of the best books I have ever read. The book is a collection of interconnected stories about a disease that rampages the Earth (think COVID, but worse with very disturbing capitalistic implications) and the impacts of that, as well as climate change. As previously said, it is sad, but also joyous and hopeful and compassionate. I find books like this to be incredibly useful in understanding the climate crisis and also in seeing how the impacts of the crisis spread far and wide.

God of War is so out of my traditional wheelhouse that seeing it at the top of my Playstation Rewind this year was a bit of a shock. Nonetheless, this dad-and-son bildungsroman is tightly designed, features some ace performances, and the combat is just so. much. fun.

Truth be told, this one’s been on my top list for the past 4 years (if not more). This jazzy, soulful production of the Greek myth of Orpheus and Eurydice never fails to make me sing along, and flows gracefully between love story and environmental parable.

Having moved to a new city and back in the last year or so, Citizen Sleeper hit me hard.  Working a shit job and coming out the other side with ride-or-dies feels thoroughly relatable, and its Forged in the Dark-inspired dice mechanics made a clever commentary on disability and privatised healthcare. Strong recommendation! 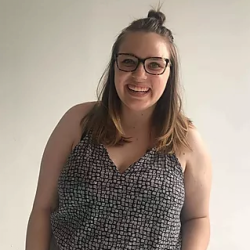