I set up a stall at a local crafts market last weekend. Here's a few key points and observations from my time there.

There are a few caveats to the screenshot above:

The above considered, I can amortise the costs over a longer period of time and come out with a ~£50 profit from these two days. By focusing on paying off the upfront costs with this first market, all successive markets will give me a better margin.

This was an absolute pain in the arse. Because I'm incorporated, I had to look at business insurance and that meant getting inundated with calls from brokers, all of whom would give me different quotes and criteria. Be prepared to fight your case here: I was shuffled between being classed as an "online retailer", a "publisher", a "market trader", and a "toy maker". Out of interest, I called two brokers and told one I sold books, while I told the other I sold games. None of them could give me a straight answer. Telling them I trade in "toys & games at markets" seemed to lead towards a dead end, though, so take that how you will.

My audience so far has almost entirely grown through the Twitter TTRPG space and I wanted to take the opportunity to chat to local people face-to-face. I think this had mixed success. A lot of people visiting this particular market were older, and upon any mention of "tabletop roleplaying" or "Dungeons & Dragons", they immediately raised their hands and played the "I'm too old for that" or the "that's not of my generation" card. They were fundamentally disinterested in learning more about it. There's a countless number of reasons for this but that's... beyond the scope of this essay.

Going slightly younger: most people had at least heard of D&D and all had the shared idea that D&D required a lot of time investment and work. That's where I could hook people in: some of these games can be played solo, and some can be played in just a single session. Cool, they said. Then they walked away.

Most of my sales came from people who had already played TTRPGs: We Sail Beyond and the other Sealed Library products got the most attention because the idea of making prep collaborative was appealing to both players and DMs. The Tiny Library was great at hooking in reluctant family members and friends, and Scurry looked like an appealing time filler when someone from the D&D group couldn't make it for a session. My standout conversation was with a family who had used to play D&D before the pandemic and had fallen out of it. They walked away to look at other things, but came back about 10 minutes later after deciding to get their ~5 year old son hooked early. They picked up a copy of Adventures on a Dime.

I think I got into a good flow with pitching by the end of the second day, though it highlighted to me that the variety of stock I had was perhaps working against me. Being in and amongst candles, handmade pots, jewellery, and baked goods was hard because everything on my stall required explaining. If people walked up to me, the easiest way to hook them was in:

"Have you ever played Dungeons & Dragons?"

That did mean that I never got to shine as much of a spotlight on Filmmakers Without Cameras as I'd have liked to because it was so different to the other books.

I also can't discount the huge effect my friends had on bumping up sales numbers - of the 16 sales I made over the two days, at least five were from people I knew.

My next goal is to head out to a zine market. I think the people there will be mostly younger and more interested/more open to the games I have. 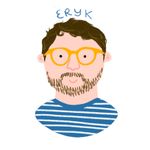