It’s 3AM and I’ve woken up sweating again. Looking out of my window onto my street every window reads various praises for the NHS and everything is perfectly silent.

At this moment in time, we are a few months into a pandemic and I am sober even though every fiber of my being wants a drink to make the thoughts in my head go away. Sometimes we think we have moved on from events that happen to us but eventually our bodies and minds catch up. Trauma makes it hard to move forward - the brain just constantly replays the same thoughts over and over again trying to make sense of them. Standing up at my window, I was starting to realise that these thoughts would never make sense and that I was more ill than I initially thought.

Art can help us understand ourselves and help inform our view of the world and never before have I been informed and changed by a game than I was with The Last of Us Part 2.

When talking about the game, Neil Druckman has stated that ‘…if the first game was really about the love between these two characters, this story is the counter of that. This story is about hate’. It’s hard to argue against hate being a very key component of TLOU2; it is a revenge story at its core and I think one of its biggest successes is its portrayal of loss and trauma, so much so that I found myself moved by both of the lead character’s journeys. However, when looking at the whole picture, a full 30 hour playthrough of the game, the themes of hate and revenge take a backseat to what I interpreted as a game about forgiveness.

The biggest surprise of TLOU2 was its second protagonist in the form of Abby. Half way through the game, the player is hit with a jarring perspective change to someone that they thought would be the game's antagonist. The player then starts to see the world through her eyes. This choice manages to toy with the player’s sense of empathy. The player sees that both of them have to deal with their separate traumas and how they cope with them. As I played the game, I felt oddly represented in the way that grief had soured the world to these individuals. Looking at the two characters' journeys their stories seem more defined by how they overcome their trauma rather than the actual trauma itself.

The two characters' journeys mirror each other but whereas Ellie’s journey is that of revenge, Abby’s journey shows us the lack of closure even as vengeance is enacted. At the beginning of the game Abby kills the man that murdered her father- her 4 year journey of revenge is complete. The player can gauge however that this act of killing another really hasn’t changed her much. When the perspective shifts to Abby’s, the player sees that she is still suffering from nightmares about her father - and that stopping his killer has brought no resolution to the trauma she feels about his death.

The player sees Abby’s interactions with Yara and Lev, a couple of young people who Abby feels a sense of protection over. Whilst connecting with these two, Abby starts to reconnect with her old self - the person she was before joining the WLF and before the loss of her father. The player sees that by helping these two, the nightmares about her father get replaced by more positive images of Lev and Yara happy and it’s clear to see that helping these two is really what has been the driving force of getting her to move past her trauma.

It can also be argued that later in the game when Abby has the chance to kill Dina and get revenge once again, what stops her is Lev calling out to her. I think in this split moment Abby realises that nothing good will come from getting revenge. She’s been here before and it did nothing for her, it brought her no peace. Her only way to move forward is to forgive and let this go.

The player also has Ellie’s journey throughout the game, which for the majority of the game is a revenge story not dissimilar to what we have seen many times before. What sets this apart is how the final flashback recontextualises the events that have come before. In the last conversation between Joel and Ellie we learn that she wanted to try and forgive him for what he did to her. Not only does this round out the core theme of the game but also makes us understand why Ellie let Abby go at the end. Ellie had her chance to forgive Joel taken away from her and in her violence and rage at his death forgot that that is what she originally needed to move forward. While on that beach holding Abby underwater, she goes back to that moment on the balcony and understands that nothing good will come from the anger and hate and that forgiveness she once felt toward Joel gets passed down to Abby. By forgiving Abby, Ellie allows herself to find a way forward and not be stuck with the same thoughts and images going round and round in her head.

The Last of Us 2 stayed with me for a long time after I finished playing and slowly I began to understand these characters' journeys and how much they reflected what I was feeling at the time, these feelings of mental instability and a complete inability to move forward from trauma was who I was at the start of this pandemic. This not only made me feel seen but also informed how I was going to find a way to get better. What became abundantly clear, however, was that within the cycle of anger and hate I wasn’t finding any way to move forward. I wasn’t exactly going to wake up one day and decide that I could move on, but I knew that hate is something that is often easy and forgiveness is incredibly hard, that’s why these characters take so long to get to that point. It’s made me realise that finding a way to forgive is often what we need to survive and move forward. Furthermore, in my mind if these two characters can learn to forgive at the end of the world, then maybe my world isn’t ending at all and amist feeling like my mind was falling apart there was hope.

Over time and with a lot of effort, I have allowed myself to move forward and forgive but I don’t think I would be there without this piece of art that allowed me to see and understand the emotions I was feeling inside. Yes, The Last of Us 2 is about many things, hate, anger, revenge. But its most powerful message is how to find a way to move on from pain and loss and find hope moving forward. 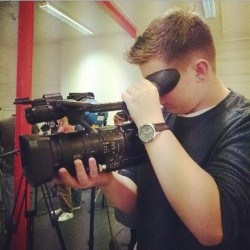